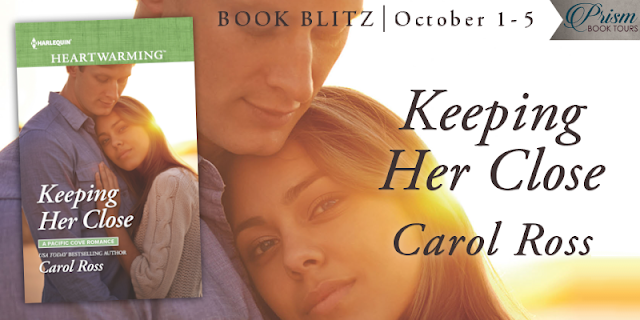 On Tour with Prism Book Tours

Release Blitz for
Keeping Her Close
By Carol Ross 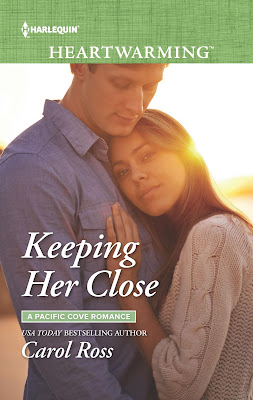 Hired to protect her

…unable to resist her

The job sounds simple: teach a businessman’s daughter how to stay safe. But former navy SEAL turned bodyguard Kyle Frasier has a personal motive, too. Harper Jansen is his late best friend’s fiancée. Loyalty demands he protect her, not that Harper looks in need of rescuing. In fact, it’s Kyle who needs help—balancing duty with his desire to build a life with the one woman he shouldn’t want…

“So…” she drawled. “How are we going to do this? Lecture and then lab? Or do you have like a personal security textbook, Stay Safe 101? Just to warn you, I’m awful at pop quizzes. After the first one, I will resent you for the entire semester and not perform to my highest capability.”

Kyle sat back in his seat, seeming to relax a bit as he pondered her tongue-in-cheek questions. And probably her. Had he been nervous that she wouldn’t agree to hire him? That thought was rather endearing. It made him seem both human and normal, and it gave her confidence in her decision.

But only briefly because his expression went stony again. Like granite. Hard, scary granite.

Leaning forward, he placed his forearms on his thighs and tented his fingers. “It’s all lab, Harper. One hundred percent hands-on. And we’re going to start by getting you in shape. Calisthenics for one hour every morning at 4:30 a.m., followed by a five-mile run on the beach.” Tipping his head, he added, “But not your typical run. Every other day, we’ll add an obstacle course to simulate tactical evasion. And three days a week, we’ll have what I like to call target practice.”

What. The. Whatty-what? Harper opened her mouth, shut it and finally managed to stutter, “Um, target what? I don’t know how to… I mean, I don’t—”

He straightened, interrupting her with a stop-sign hand. “Relax, it’s not what you think. You won’t be doing any shooting. I’ll be shooting at you with a paintball gun while you try to dodge it. The less paint on your person, the more lunch you earn. Positive reinforcement can be helpful in specific, isolated training situations.”

Harper knew she was gaping. Was he out of his mind? Had the word normal actually crossed her mind in conjunction with this lunatic? He was as messed up as Owen. More, possibly. She was still trying to decide how to proceed when his face broke into a wide smile, or at least she hoped it was a smile. The whole time he’d been here she’d yet to see it, so she couldn’t be sure. She kept still, waiting, in case she was misinterpreting the gesture. Maybe he was wincing or had something stuck in his teeth.

Finally, he said, “Harper, I’m joking. I do have some basic protocol that we’ll cover. Your dad wants you to become an expert with your security system. But otherwise, we’ll just plan on doing this situationally, taking it one day at a time. Does that work for you?”

Huh. She had not seen that coming. But she also liked it. A grin crept over her, and she laughed. He joined her, and Harper was momentarily mesmerized by the deep, rich sound. The smile that lingered transformed him. Harper met his gaze and warmth spread through her chest, making her head a little light, her thoughts a bit fuzzy. She couldn’t remember the last time she’d laughed like this, felt so at ease.

That thought was sobering in itself, melting her laughter away. Because this situation was anything but easy; she officially had herself a bodyguard.

Other Books in the Series 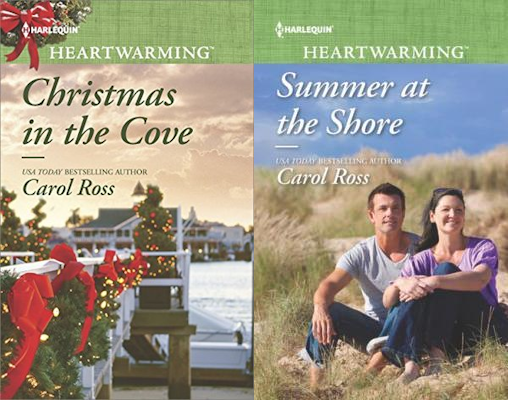 USA Today bestselling author Carol Ross grew up in small town America right between the Pacific Ocean and the Cascade Mountains, in a place where you can go deep sea fishing in the morning and then hit the ski slopes the same afternoon. The daughter of what is now known as free range parents, she developed a love of the outdoors at a very early age. As a writer, Carol loves to breathe the life she has lived into the characters she creates, grateful for the “research material” that every questionable decision, adrenaline-charged misstep, and near-death experience has provided. 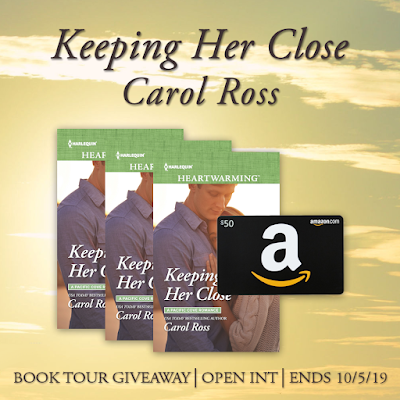 Posted by CraftyGirl at 9:41 AM No comments: